Beginning with going over processes

Greg: Conduct in the allotted space, The Community Church

Church: We are supported in being here, 2300, 2500, to fix the broken window. The downstairs restaurant, owner has shown concern. Not a good idea to continue smoking pot in their doorway, in their space, in their business. Cocaine distribution, also a concern. We have been asked to confirm video footage, by the restaurant owner, of the occupy members who are being accused of these activities.

There are suggestions. Bouncers, have someone at the door. This person would ensure that there would be no stragglers or trouble makers representing OB.

Exists to identify the problem and solution to find a common space to continue successful work for OB.

Ideas of different sources of occupying spaces, outdoors and in. A space where all working groups may meet and converge. Maybe storefront. A converging space for a economic activity, artistic, educational, etc. what E5 was intended for.

We want to continue transparency.

Greg, John, and others.

Carl Williams and fund raising. There has not been a second meeting set up. A community assessment is necessary for development of Space. No presence yet in the WIKI page. We will firmly establish ourselves in the Occupy Architecture.

Richard is doing Door Duty. Richard is presently our Bouncer.

Putting the safety team back together. Keeping safety a known presence in meetings, rallies, marches, etc.

If you have specific ideas to suggest for reworking our Safety, you are welcome to come to workshops and the conversation tomorrow from noon to 12 at Chow Chow’s in Chinatown.

Someone claimed that roofies were put in her drink. We don’t have hard evidence, and it is currently in GA, WWW, and the public forum. Please remove the information regarding this issue. (whoever may be responsible)

We cannot police you. This is about community. If you have something to say about an issue, write it down and hand it to Anna or to another member of Safety, or email safety@occupyboston.org.

Al, descalation. We ask that mediators work patiently with AL. We must all do our part to keep an open dialogue with the Occupy community, as to minimize gossip.

If you have been in the team prior to this meeting, you may be contacted.

Passing of the GenAsem Collective Journal, if you would like a personalized one for your working group, Rachel will make you one. Ask Rachel.

Dance - Occupy Movement for the Movement

Photo taking, facebook, commenting, reaching the outer Boston community, Bil made a book. Bil is a writer. Bil is giving us a heads up of what he refers to as misaligning us. Bil invites us to take a peek at it.

2 new proposals in addition to the rollover proposals from the last genasem.

- take too, FAWG proposes to freeze the wknd stipend budget temporarily until things are reinventoried.

GA is asked their opinions.

Occupy Congress, est. over 100,00 participants, to have a national assembly

GA - is there a specific agenda for going to DC this time, as things happen in DC all the time, is this going to happen more frequently in the future, and would it be cheaper to just take a Mega Bus, etc.

Stephanie: This is a unique agenda!!! This is the first Occupied Controled

We have 23 confirmed as of before today’s GA.

What is the Process of selecting who the DC goers will be, It is important for us to understand how horizontal democracy works, and to apply it here in GA for this trip. How will this be organized, who is doing what, how so is this work self-selecting.

Everyone is asked to pay as they are able. ⅔ of the people going do depend on OB funding.

What should happen to money that is left over?

Efforts for outside GenAsem fundraising?

Tomorrow’s plan is to negotiate the best price for a rental.

Break up into small groups to touch base on the DC proposal, and discuss opinions.

Tara proposes that the chosen persons should be based on lottery.

Eli. cannot support this proposal, not because it isn’t worthy, but because we are in a deficit.

Many speak about financial concerns, regarding this proposal.

Bil. We should use the money now, that we have it now.

A Gentleman. We are becoming increasingly internal, by not being a part of what is going on in DC, we are cheating ourselves from the movement. We must be visible!

3rd Gentleman. The strength in OB is in the movement itself.

a woman. it’s incredibly awesome that people put this together and that so many are excited about this movement.

a gentleman. OB is a part of a Nationwide Movement! We are trying to take action, this is a proposal of Action!

Shane. Strong support of getting our message out there through committing to this proposal.

3rd gentleman. This is the strongest action we can take!

4th gentleman. We need to make sure that our local needs do not interfere with the local needs of other Occupations. Without going to these large movements, we may lose a lot more than gain.

A gentleman. This is hard work. HARD WORK GETS FUNDED!!!!

Martin. change the ammount to 500. screen who goes. in support of going, and money should be aloted to people who genuinely cannot afford to go.

a woman. change the ammount to 1500. and let the goers fend for themselves to get back, by “fundraising”.

Tara. 3 amendments. Send out an email via the entire email list, and if more than the 25 goers should present themselves, they be chosen by lottery. 2, ?, 3.?

A gentleman. Suggestions, car pooling and van pooling and volunteers of cars, ect. Gas money is crucial! 450 for gas roundtrip DC by car.

A woman. We take one bus, through a lottery, and when the group should come back, they present to GA projects and explanations of the trip.

Candice. Create specific working groups within the Travel group, as to properly present to GA upon return what activities took place.

A man. Money is replenishable.

Sage, as per Al Suarez

I spent 7 hours with him today. This is a very troubling situation for the community, it is also very troubling for the accused, as well. We cannot just assume one way or the other, and the guilt or innocence of anyone involved.

I spent many hours with him today in mediation and probably will in the future, too. if anyone else wants to help, talk to me in a serious way.

Anna: we are getting the team back together, also need people who want updates, send me an email or phone #, join safety 3.0 by talking to jamie or anna. i can’t coordinate this case with al, so looking for someone else.

CQ from Carolyn: Can i understand whether theres a process in place to deal with the letter that we just heard?

Anna: mediators and sponsers, the rules have changed now as we are no longer in Dewey Sq. in tents with direct internal conflict. Good practices. Goals in descalation. Open for suggestions here in genassem, through workshopping, talking, phone calling, emailing, etc.

Matt: FWG needs more facilitators!! i’ve been up here a lot the last few weeks, my face needs to go away so we NEED more facilitators, lots of mundane things that you can help with but also good to get lots more faces. This is really EASY, to be neutral. the hard part is making decisions. 5-7pm T-F at CityPlace, 3-5pm Sat, Sun.

AMENDED PROPOSAL: $2500 for 25 OBers to Occupy Congress in DC. Mindful of statement of autonomy, so they are individuals in a mvmt. Fundraising to offset costs. #OBDC to follow progress. Gas $ available.

Eli POI: OBmedia got an email from the editor of the Daily Dig suggesting they would like to cover some costs, so there’s some interest there.

Stephanie has been in touch with him.

CQ: why a specific # of people? why focus on reimbursement, rather than general fund replacement?

will be taking care of more than 25, 25 is just for transportation.

Amended: 2 vanloads of activists, any other OBers are still part of the family.

If people want reimbursement for gas, this money could be used for that. With leftovers.

We did budget planning on 22, but lots more have been interested since. More economical to go with 15 passenger vans (gas-wise) than 12 passenger vans so looks like it makes sense to have those. There are 4 spots left in the vans. Nothing in proposal to say what happens with those seats. Issues with dogs.

CQ: do the numbers include room for individual bags?

Can use Jason’s truck, or the roof.

CQ: can we be more process-oriented about this? blast out more evenly...open meeting transparency

POI: John was the one in NH who was being frugal with the money.

(if someone says your concern, let it count as you speaking)

Charlotte: no accountability back to the group worked into proposal, can there be a reportback?

Eli. Voicing in support, however, we do ourselves a disservice by not planning. This is criticism towards us all as a group, in the bad habit of planning when we are not proactive in our fundraising.

we will be frugal with our money.

we will be frugal with our money.

we will be frugal with our money... OCCUPY!!!

Monica. This is very cool. We started this in very opposing sides, and now we are actually performing consensus.

This is about getting out there and taking action!!! We must voice ourselves to Congress, as that’s who brought us together!!!

Eli. This is an opportunity to do fundraising right now!

We are getting the message out!!! This is key!!!

Dana set a donation trend. DANA IS THE SH*Z!!!

Money donations are the new amendments. 105.00 collected in less than 1 minute during GA. (WOW!!!)

Connections will be made!!!

Martin. Money only go to people who cannot afford to go. (repeated.)

Vacant seats should be aloted to people from neighboring Occupies.

Fundraising for G8 in NATO in Chicago in Feb.

Jason. Can we have a text code for cash donations.

Eli. That’s too expensive. (perhaps in the future)

Forms were administered and read aloud to the GA.:

1. To join in solidarity with other internet communities in a “website blackout”, Jan. 18, where all visitors to occupyboston.org will be directed to a page containing info about SOPA. Functionality of the website will not be disrupted.

2. To encourage and implore supporters of Occupy Boston to write to their Senators and Congresspeople concerning the detrimental effects of both SOPA and PIPA.

3. To condemn the poroposed legislation know as SOPA and PIPA for fundametnally crippling free speech on the internet, stifling social movements and creativity, recklessly destroying jobs and annihilating small businesses, and as an example of the endemic corruption which permeates our legislature in the interest of the 1%. 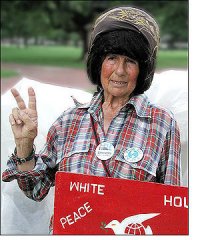 Alex. This is massive!!!

Rachel. This is time limited and totally doable!

Martin. Exactly what Alex said, and is shutting down his two personal websites.

Matt. I support this, and will be doing it himself as well.

Anna. Total support, and Anonymous should be the face.

Eli. all social media posts should be SOPA related, and that we change our profile photos that day to a uniformed photo.

Rachel. Spread the word of an Android app to boycott SOPA.

(we must be out by 10:30. Facilitation is clean up crew. Everyone else must leave.)

Eli. This wouldn’t be too radical, as others are performing this too on that day.

Response. We will do what we can to make this effective.

Statement of Support: Wiggly hands up!